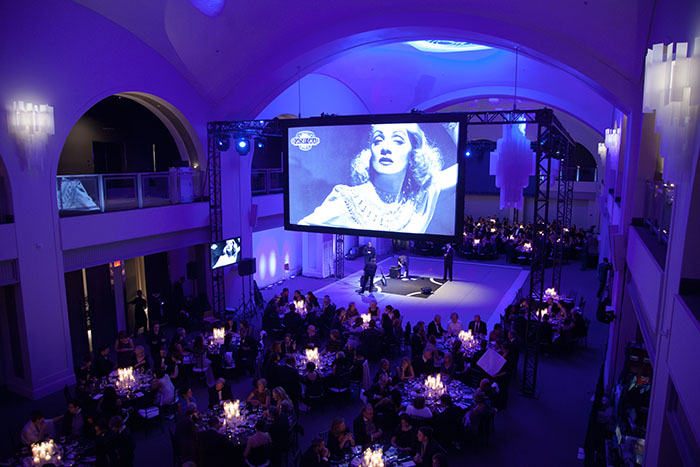 The renovations carried out by interior design firm DeSignum Design, now forming part of Turner Fleischer Architects Inc., have stripped back layers of walls and flooring that have been added over the years, reclaiming approximately five feet around the perimeter, and opened up eight of the 16 grand arches in the mezzanine that were closed off in past renovations and restored the squared off arches along with adding four feet to the remaining eight. The Court is now a revitalized 8086 square foot gem, featuring improved acoustics, beautiful chandeliers that are a deconstructed take on the original Lalique crystal chandeliers and an opened-up mezzanine spans offering a 360° view. It was named the Best Ballroom in Canada in BizBash’s 2013 Event Style Awards!